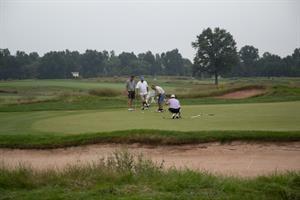 The Briad Group, a development firm based in New Jersey, has been working with the C&T Design office in Houston on the kitchen design, layout and project management of several Zinburger Wine & Burger Bar projects across the US.

Briad owns and operates many restaurants for each of the several chain concepts they are involved in. They have been a franchisee of Wendy's Old Fashioned Hamburgers since 1994. They currently have 49 locations in New Jersey, New York and Pennsylvania with plans to open more.

Dave Thomas, the founder of Wendy's, was adopted as a baby and became a well-known advocate for adoption founding the Dave Thomas Foundation for Adoption. The Briad Group held its 15th Annual Charity Golf Outing benefitting the Dave Thomas Foundation for Adoption on September 12, 2013 at Royce Brook Golf Club in Hillsborough, NJ. The Briad Charity Fund successfully raised more than $350,000! C&T Design is proud to be able to say that we, along with our industry partners who also work with us on the Zinburger concept, were the largest contributor at this year's event. 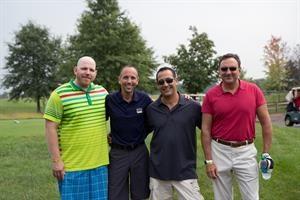 Thank you to Briad for putting together this event to raise money for such a worthy cause. More information may be found here on the Dave Thomas Foundation for Adoption and what it is they do.